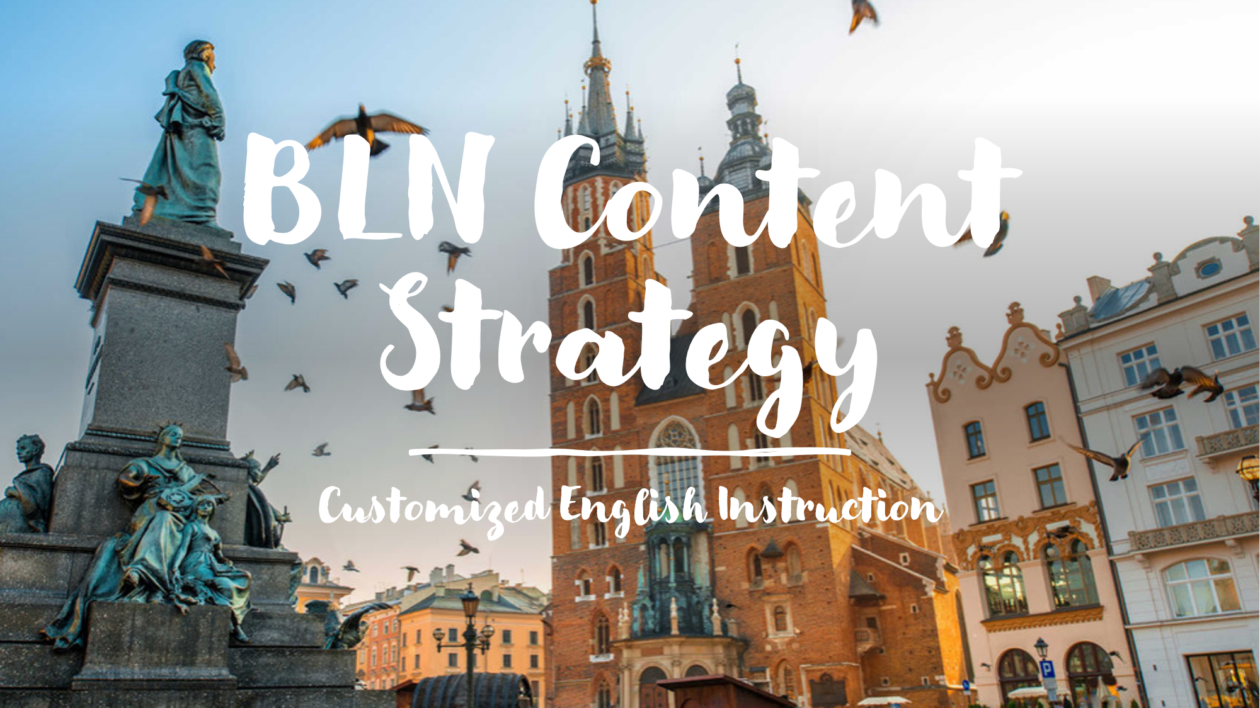 Having been a professional journalist before I became a content writer, I totally agree and why I am posting this blog on my website.

Written content is a crucial part of any content marketing strategy. It’s proven to be an important step in generating leads and transforming them into customers.

Blogging, one of the most popular forms of written content, is highly effective for companies that are doing it right.

According to a Kapost study, brands that released 15 blog posts per month averaged 1,200 new leads during that same timespan. Furthermore, marketers who make blogging a priority are 13 times more likely to see a positive return on their investment.

Perhaps this is why 69% of marketers will be increasing their use of blogging in 2016, according to Social Media Examiner:

There are more journalists looking for work right now because of the layoffs occurring in the field. According to Nieman Lab, in 2014, the number of newsroom jobs dropped 10.4 percent, which was the highest it’s been since the Great Recession occurred. Currently, there are 32,900 full-time journalists at about 1,400 dailies in the United States; in 1990, there were 56,900.

In the short-term, it may seem cost-effective to write your content in-house, or outsource it to marketers without a background in journalism. However, in the long run, your content will be stronger if you invest in solid journalists who have experience and the cache to ensure that your content is top notch.

Not convinced yet? The following are the top 8 reasons why you should stick to hiring journalists for your content marketing team.

If you hire professional journalists who have at least a bachelor’s degree in communications or journalism, they should know all the grammar and style rules. This means that you’re not going to have to spend time spell checking and fixing every misuse of a semi-colon in your content.

Journalists who have spent time at newspapers and reputable publications are also trained to avoid plagiarism and aren’t as likely to get themselves into ethical dilemmas. On the flipside, when you hire writers who don’t have a background in it, they may take chunks of information off the internet without attributing them to the proper sources. If your company gets caught in the crossfire, your reputation and credibility may be damaged.

When looking for writers to hire, go for ones who attended journalism school or a college with a credible journalism and communications program.

Journalists naturally question everything. They want to know the answers to the largest and smallest questions in life. If they’re new to your industry, chances are, they’re going to be asking the same questions that your customers want to know the answers to as well. You’re too close to what your business does in order to come up with questions of your own, but journalists are not. These questions lead to excellent story ideas, which will result in articles, blogs, whitepapers, guides, ebooks, and listicles that will answer said inquiries.

Look for journalists who write stories that answer questions. Their work samples should delve deep into topics but explain them in an easy-to-understand fashion for all readers.

From hard news to features, great journalists know how to keep the reader involved and tell a compelling story. They’re trained on how to write a solid opening sentence, an explanatory body, and a conclusion that wraps everything up nicely. Journalism is formulaic, but it’s a formula that works and ensures that readers are interested in what the writer has to say from the first sentence all the way down to the last. If you hire marketing writers, they may know how to write sales copy, but they won’t be able to compel readers to scroll to the bottom of a blog post. Journalists will.

You should scoop out journalists who have written a variety of stories, and assess their storytelling skills. Did they answer the who, what, when, where, and how questions in their articles? Did they make every sentence count? Could you get to the end of their stories without getting bored? If the answer is yes to all of these, pursue the writer.

Many companies have produced branded journalism, which is content written by current and ex-journalists. The result has been phenomenal for some brands, which are now newsrooms in their own right.

For example, there’s Dell’s Power More, formerly known as Tech Page One, which features thought-provoking interviews with technology leaders, analysis of the tech industry and topics, and forward-thinking pieces about the Internet of Things.

Former journalists write much of the compelling content. The blog has earned plenty of media coverage and sites like Venture Beach and the Smithsonian have redistributed their content. The former heads of Tech Page One, Nicole Smith and Stephanie Losee, worked at Fortune, PC Magazine, the Los Angeles Times, and Newsday, so they obviously understand how branded content can interact with the broader media.

4. They Write From A Neutral, Not Salesy, Standpoint

While it’s appropriate for your sales copy and call to action to drive your sales, your written content needs to be neutral. Content marketing needs to inform first, so you need to start from a place of producing content simply for your readers, and not solely getting them to purchase from you. If your blog posts, white papers, and guides seem like ads, your audience is not going to trust you or return to your brand for information.

Journalists are trained not to inject their own personal opinions into their work or be biased at all unless they’re personal essayists or columnists. If they’ve written straight up hard news, they won’t display a partiality towards their subject. Instead, they’ll present the information as-is and let the readers decide what to think.

Unless your brand is focused on opinion pieces, go for journalists who have crafted hard news items and don’t use “I” in their work.

To answer the questions they’re asking, journalists who have worked for publications (and not just blogs) will turn to experts rather than Google. While many websites create the same content over and over again based off similar information they find on the search engine, journalists will make phone calls and interview sources, and dig deep to locate new information. They are natural investigators, and won’t hesitate to put themselves out there for the benefit of your content.

Some people may call themselves journalists on LinkedIn, but make sure that the ones you’re hiring have a background in writing for real news websites, magazines, and papers, and ask if they are comfortable interviewing sources.

Another site that featured branded journalism at its finest is CMO.com, which was created by Adobe.

It’s run by business journalist Tim Moran from CMP Media/United Business Media, and receives more than 330,000 page views per month. The journalists producing these stories reach out to influencers and the top individuals in the industry to come up with original content that can’t be found elsewhere. One such piece is “Social Selling Is As Much About Marketing As It Is About Sales” by Giselle Abramovich-Tsirulnik, senior and strategic editor and a former Digiday and Source Media writer.

Your brand most likely uses an editorial calendar with real deadlines that content must be turned in by. Journalists who have been in the trenches of a real newsroom are used to working on tight deadlines. They’ve scrambled to put together pieces when breaking news hits, and they’re well prepared to meet any due dates that you request. If you hire marketers or use people on your team, they might not grasp the concept of deadlines and put their other work, like promotion, writing sales copy, and updating social media pages, ahead of content creation.

Hiring journalists who have newsroom experience on their resumes is going to almost guarantee that you won’t have to worry about them missing deadlines.

Journalists who write with clarity and address the tough issues are seen as some of the most influential individuals in our society. They provoke their readers to think deeply about certain topics, and question everything we know. They constantly seek truth, and people want to be part of that journey.

Just look at Ezra Klein, the founder of Vox and a former policy reporter for the Washington Post. He has more than a million Twitter followers and fans. On a wider scale, a coalition of about 400 investigative journalists broke the news regarding the Panama Papers. This massive story was, in 2016, leaked to a newspaper and then the details were coordinated by journalists around the world, proving that they’re still invaluable to society.

When you hire journalists as opposed to marketers, you’re going to spark conversation about your company. Plus, journalists with their own followings from their work in newspapers and traditional media outlets will likely promote your content to their own audience and fanbase. This will result in more clicks on your content, and increased revenue generated for your company.

Find journalists who are active on social media and garner a lot of clicks, shares, and comments on their pieces. Look for the ones who wake people up and get their audiences talking.

Right now, many journalists face layoffs or aren’t receiving as much work as they used to from the traditional media. They crave stimulation, and the chance to tell fantastic stories as often as they once did. They’re excited about writing, even if it’s for brands. In the past, it might have been an ethical dilemma, but nowadays the paradigm has shifted. When brands are one of the rare outlets funding this type of work, journalists change their own perceptions about content marketing in order to keep doing what they love. As long as you don’t ask them to write in a salesy voice or craft call to actions, they’ll be eager to jump on board with your brand.

Seek out journalists who went freelance, because they’re the ones who might have the time to write for your brand. If they’re still full-time employees at publications, you’re not going to be as high up on their priority list.